The Science of Alternative Proteins

What is the Black Soldier Fly (BSF)?

The Black Soldier Fly is native to the southern United States and South America and can now be found across all continents. It is raised by industrial scale biotechnology companies which harvest the grubs for insect based dog food and other animal feed. These grubs are extremely efficient in breaking down organic waste and are an alternative source of protein for aquaculture, animal feed and adult dog food. The grub is highly palatable, nutritious, and require far fewer resources than traditional sources of protein (meat). As an alternative to meat, it reduces the amount of methane polluting gases from cattle and because it feeds on pre-consumer food waste there are less greenhouse gases emitted from landfills.

Why is the Black Soldier Fly important?

In addition to reduced greenhouse gases, the edible BSF has a high food conversion rate, meaning it requires far less feed than livestock to produce the same amount of protein. The Food and Agriculture Organization of the United Nations (FAO) reports “trends towards 2050 predict a steady population increase to 9 billion people, forcing an increased food/feed output from available agro-ecosystems resulting in an even greater pressure on the environment. Scarcities of agricultural land, water, forest, fishery and biodiversity resources, as well as nutrients and non-renewable energy are foreseen.” BSF is a viable important solution to this global problem.

What is the nutrition science?

What is the palatability science?

Chickens, cats and dogs have eaten insects for thousands of years. What does your cat do with that fly? Eats it. In a recent study, 10 sample dogs (beagles) consumed on average more than double the amount in grams of insect based dog food with BSF meal than one without BSF meal over a 10 day period. MAECK performed its own palatability field study and dogs loved treats based on BSF meal.

What is the planet science?

As Koutsos, McComb and Finke found in their research of insects in animal feed and insect based dog foods, the BSF is a far more efficient source of protein than soybean, beef, pork, chicken, mealworm, and cricket. Using less global resources to produce more protein is a very good thing. In the table below, the BSF yields 4.8-7.9 kg/m2 per year of protein relative to lesser amounts sourced from soybean, beef, pork, chicken, mealworm, and cricket. 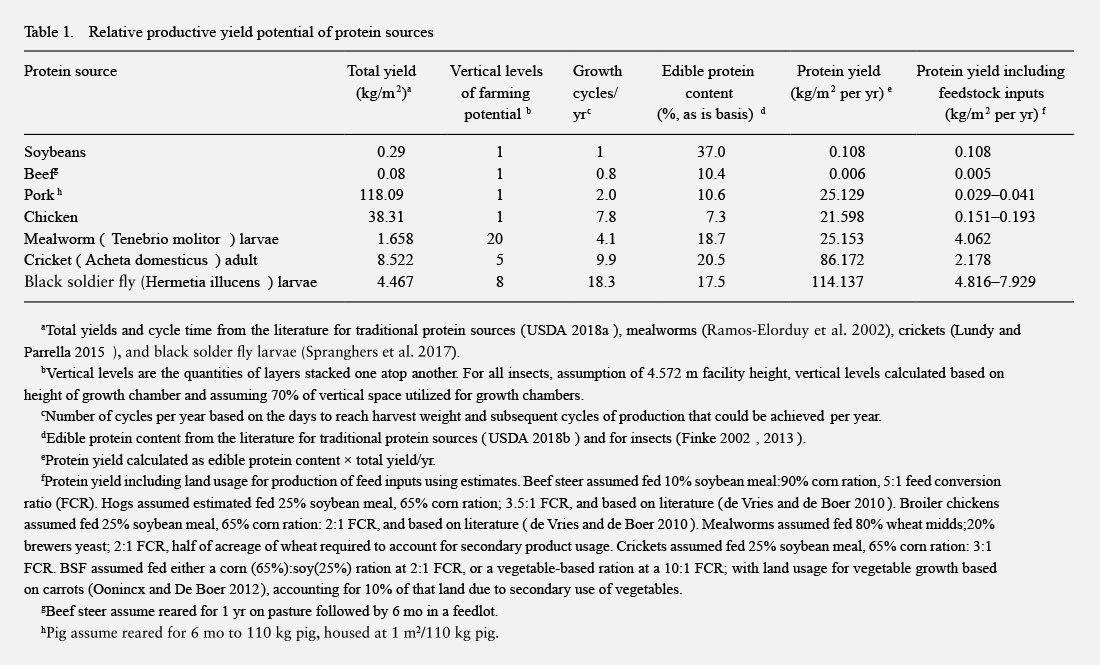 ENVIROFLIGHT, a large commercial producer of high quality BSF larvae and supplier to various insect based dog food producers, conducted its own research as to the efficiency and sustainability of this protein source relative to beef. 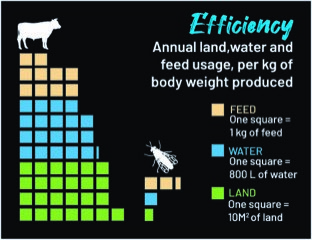 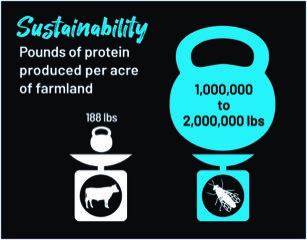 The charts above, provided by ENVIROFLIGHT, shows the significant benefits of the BSF over traditional sources of protein, specifically beef.